The Turkish bath located in Istanbul between the Hagia Sophia Museum and the Blue Mosque; The wife of Kanuni Sultan Süleyman was built by Hürrem Sultan, Mimar Sinan in the 16th century (1556 - 1557) near Hagia Sophia, where the historical Zeuksippos Baths were completely destroyed in 532.

The bath, which was actively used until 1910, has been closed for many years. The Sultan Ahmed prison was also occupied by prisoners at times when the prison was also used as a period paper and petrol store. Hagia Sophia Harmam which is one of the monuments of Istanbul was repaired in 1957-1958 and used until 2008 as a public carpet sales store. 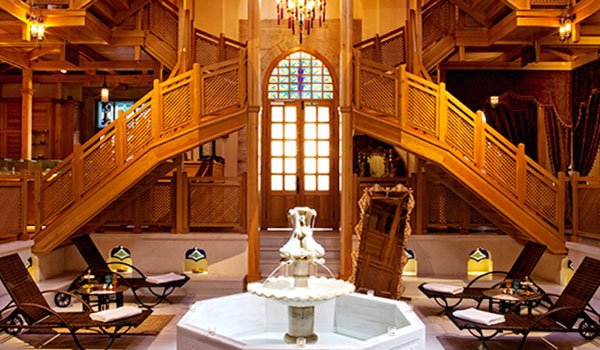