The Hagia Sophia is located in Sultanahmet center.

Hagia Sophia, a great building for both the Byzantine and the Ottoman Empire, is a wonderful architectural saint. Once the church, the Hagia Sophia is a museum, which is a Saturday and the Republic of Turkey has always done reviewing the history of the period.

Istanbul, a mystical city, has hosted many different civilizations, most notably Byzantine and Ottoman civilizations throughout the centuries. Today, the city still reflects the characteristics of these two cultures and Haghia Sophia is a collection of Ottoman and Byzantine influences under a dome.

There are 4 Seraph Mosques in Hagia Sophia. In Hagia Sophia there were guardian chieftains of God who had 6 wings over 4 tonnes carrying the Dome. The faces of these 4 Seraph melees were covered with plaster for 7 years during 160 years during Ottoman rule. The last person to see the faces of the Seraph angels was the Swiss architect Gaspare Fossatti who carried out the restoration work of Hagia Sophia in the 1840s. As a result of ten days of hard work, the stretchers scraped 7 times into the surface and brought out the face of one of the Seraph angels.

Hagia Sophia is opening at 9am and entrance price is 40 Turkish Lira.

The Hagia Sophia museum is open every day except Mondays. The museum card can be obtained at the entrance of the museum.

How to get to the Hagia Sophia?

Train: Halkalı-Sirkeci Suburban Railway line with Sirkeci; from here you can reach the Hagia Sophia Museum by tram line.

Ferryboat: You can reach the tram line by using the Kadıköy-Eminönü and Üsküdar-Eminönü ferrys from the Anatolian side.

Bus: Municipality and Public Buses all over Istanbul and Eminönü; from here you can reach the Hagia Sophia Museum by tram. 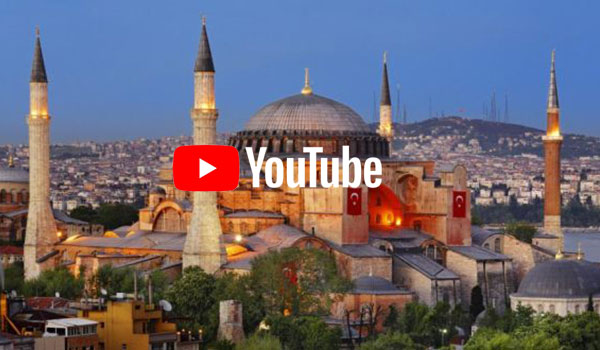