15 € Per Person Request to Book

The History of Pierre Loti
The famous cafe entitled with the name of Pierre Loti, a famous Fench writer,is reached on getting to this ridge on which the perfect view of Golden Horn can be watched.
The real name of Pierre Loti,who lived in Istanbul for long yars and was a real Istanbul lover,was julien Viaud.The historical cafe is the most ideal place to watch this mentioned view.
It is said that in those years Pierre Loti used to come this cafe offen named as"Rabia kadın Kahvesi"in those years and write his novel"Aziyade"overlooking Golden Horn.Today this district,still kept as an orginal Turkish settlement by being restorated, consist of many spaces serving as a tourist facility.

A fantastic place with a panaromic view perfect for taking photographs and boarding to your sightseeing boat.

Fly Cable Car
Enjoy the beautiful view from the cable car all the way down to the hill.

The mosque was erected on the instruction of Fatih Sultan Mehmet II (Mehmet The Conqueror), five years after he seized Constantinople for the Ottomans in 1453.However it fell into disrepair and was further ruined by earthquakes.It was rebuilt in a Baroque style using attractive pale honey-colored stone in 1800.The interior is elegant in design and the decorated dome of Eyup Sultan Mosque measures 17.5m in diameter and is supported by two halfdomes.The Eyup Sultan Mosque is built near the Golden Horn in Eyup District of Istanbul.
But most interesting part is,after the conquest of Istanbul this mosque built outside the walls of onstantinople.In a hadith in Qital-e Rome chapter of Sahih Muslim,the prophet Muhammed states that the first commander and army to conquer Constantinople will enter to Paradise.
Based on this,hadith,Commander Abu Ayyub al-Ansari,who supported Prophet Muhammed after the hijra(migration)to Medina in 622,whwn his last military campaign to Constantinople.

Olivium Outlet Center opened on April 1,2000 is an outlet shopping mall located in the working class district of Zeytinburnu.The shopping center situated outside of the ancient city walls of Istanbul,Olivium covers an area of 45.000m on 4 floors and has a capacity of 1.000 cars 2 additionel floors.
The center offers to visitors a supermarket,6 movie theaters,a bowling alley with 15 lanes,a variety of fast food restaurants and cafetarias. 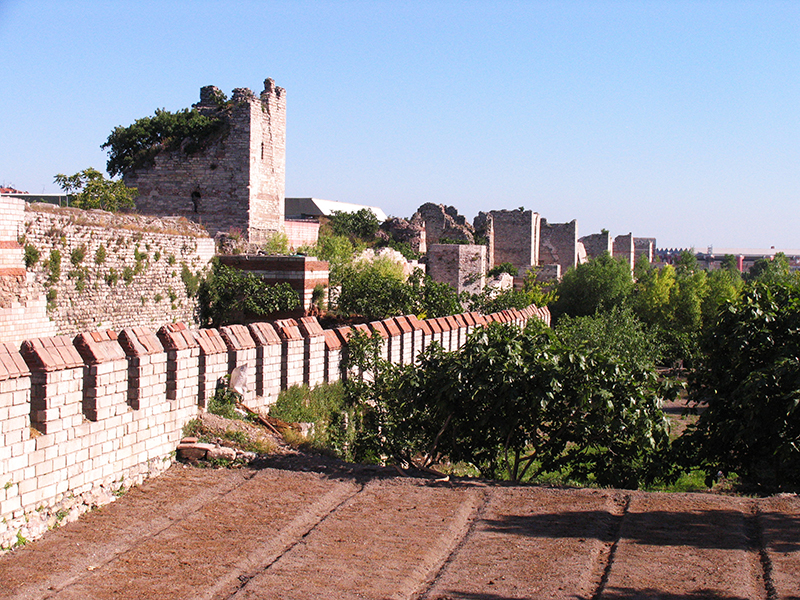 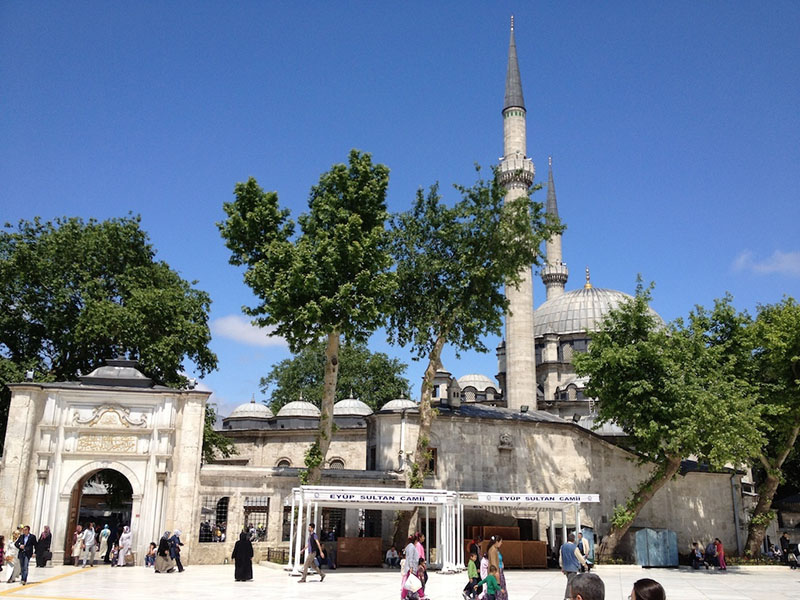